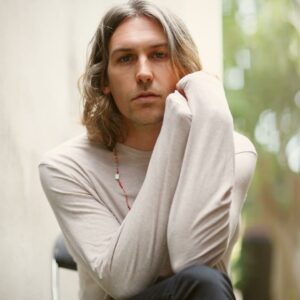 As a teen the Toronto based singer/songwriter spent time in LA recording his debut album. From there wound up in Nashville with the Muzik Mafia, an informal collection of American country music artists. Eventually he returned to Canada to start rock & soul trio The Walkervilles, which saw him in NYC & Austin, TX to record and onstage at his favourite venue Massey Hall. As a solo artist Pat has toured with the likes of The Hip, Beach Boys, Tedeschi Trucks Band and dozens more. His recent Velvet Underground cover is featured in the pilot episode of Netflix’s current smash series You.
Born & raised in Windsor (border town to Detroit, Michigan) the unique mix of Canadian & American music is a huge influence on his blend of folk, rock & soul. Find out more: www.patrobitaille.ca