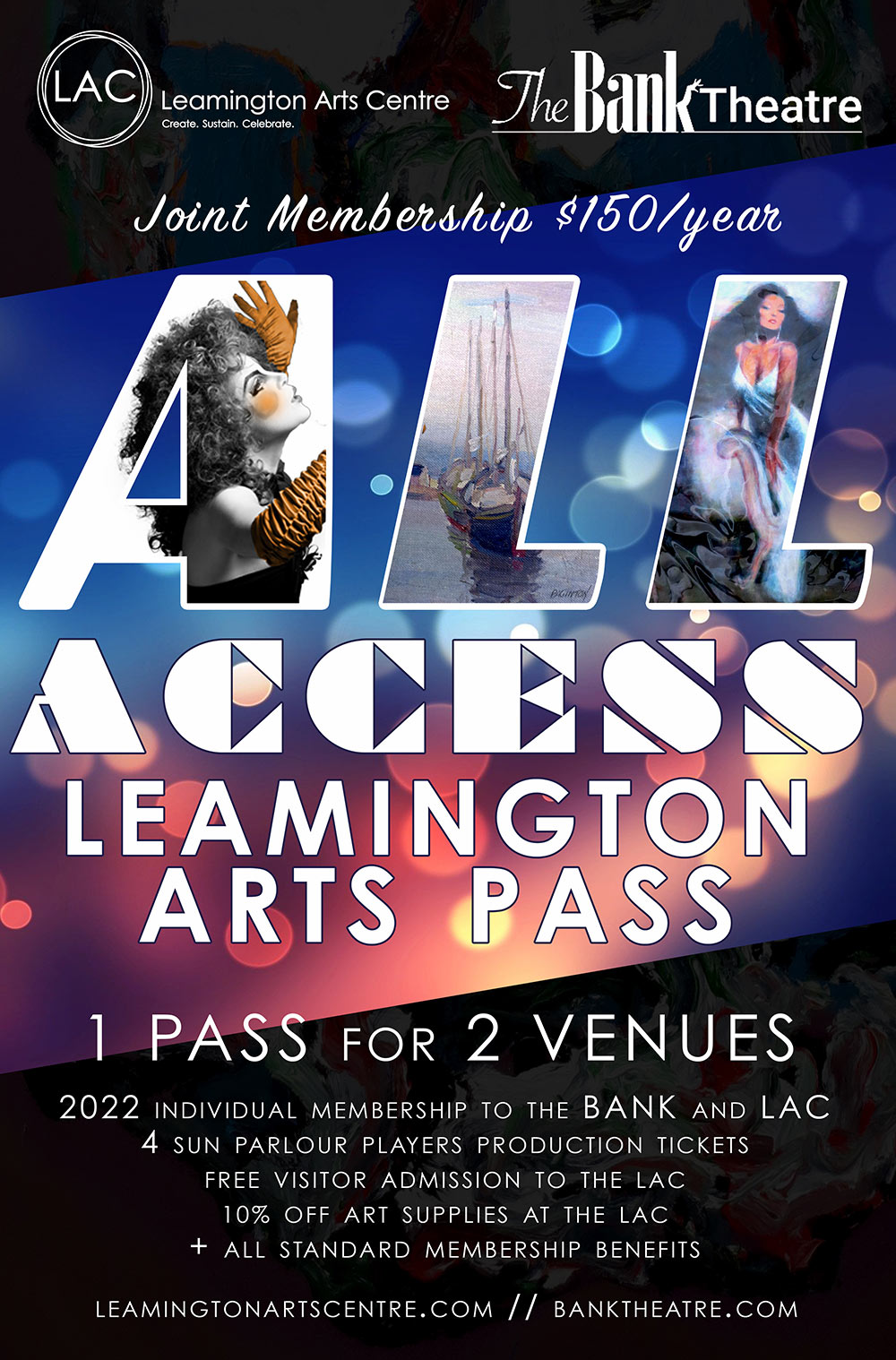 The Bank Theatre President Corey Robertson says the area has been in need of an all-in-one pass. “The strength of the Arts Community in Leamington, Kingsville and Essex County is incredibly strong and vibrant. Teaming up with the LAC was such a natural fit.”

“The Leamington Arts Pass is a unique opportunity for patrons to simultaneously support and experience both the visual arts and performing arts programs that both organizations offer,” said LAC Director/Curator Chad Riley. “This program also opens up opportunities for further partnerships to celebrate the arts and talents in our region.”

Both organizations have been recognized by the Municipality of Leamington as Community Partners, making this partnership all the more natural.

Looking for a place to stay while you are in Leamington? Click below to find out more!

Looking for a place to eat and enjoy yourself before the show? Click below to find out more!

Looking to explore the town and enjoy yourself before the show? Click below to find out more!

onthe42.com can guide you with everything Leamington!!! Click below to find out more!

This will be such a fun production! Get in touch w

If you know someone who loves to act, please help

Are you looking for something fun, and exciting fi