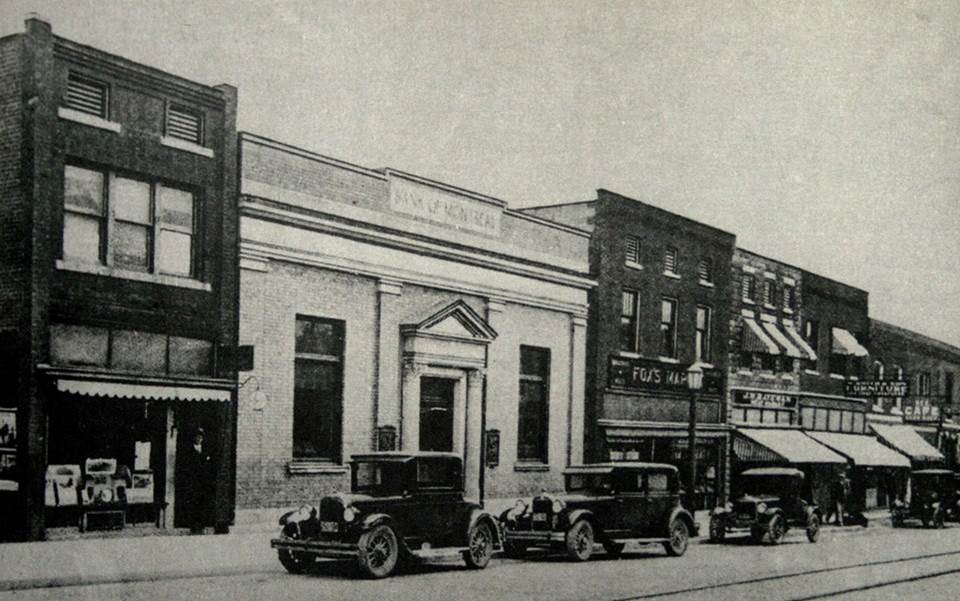 The History of The Bank Theatre

We have a long and storied history in Leamington. In the fifties, the company featured professional summer stock productions in a performance space in a loft on Erie Street near John Street, as well as in the arena auditorium on Erie Street North. Some actors who gained fame and fortune starred on its stage early in their careers. George C. Scott (of Patton fame) and Martha Henry, the best-known actress ever at Stratford.

The sixties were quiet. Then, in the seventies, the company regrouped and has since presented over 150 plays with at least one production yearly for young actors.

Many venues were used including community theatres, school gyms and church halls. In the early eighties, the group returned to the arena auditorium and presented comedies, musicals and tragedies — all the while in competition with the crowd cheering overtime goals! Even so, the company has fond memories of the works performed there and many members of the community still speak of their favourites.

When the arena was shut down in 2001 and hockey moved to the Sherk Complex, the Sun Parlour Players were left without a home. They returned to the church basements, legion halls, and school gyms. The company has a proud history of productions. People remember the musicals Quiet in the Land, The Pirates of Penzance, The Farm Show, Nellie McClung. Murder mysteries like I’ll Be Back Before Midnight, Death Trap. Comedies like Table Manners, No Sex Please We’re British, The Dining Room, The Hand That Cradles the Rock, A Midsummer Night’s Dream. Gems by Norm Foster like Office Hours. And social dramas. Bousille and the Just, All My Sons, Blood Relations, Jennie’s Story, At My Heart’s Core, 1949. And many, many more.

The next chapter begins on a great new stage that the company wants to share with all performers, amateur and professional. Other companies, especially those featuring young performers are invited. As are singers, musicians, dancers, comedians, and magicians. This stage should belong to everyone.

The Bank Theatre has been producing live theatre in Leamington since 2013. We work to bring a variety of the best of community theatre with professional standards. Shocking, enlightening and entertaining the audience with a range of theatrical styles, we cover everything from classic to modern, comedy to tragedy, farce to musicals.

We hope to earn a strong reputation for our professional quality productions. Run entirely by volunteers with theatrical or academic drama experiences and qualifications, devoting their talents, energy, and time just because they find doing so for the theatre fulfilling.

The Bank Theatre is a proud member of the Western Ontario Drama League and receives no regular funding from any external source.

Our next #MonarchCafe features artist in residence

We are super pumped about "I Love You, You're Perf

Last chance to sign up!! Original Guys Pizza will

Get your tickets for Monday, January 16th ~ Monarc

Tickets are now on sale online for "I Love You, Yo