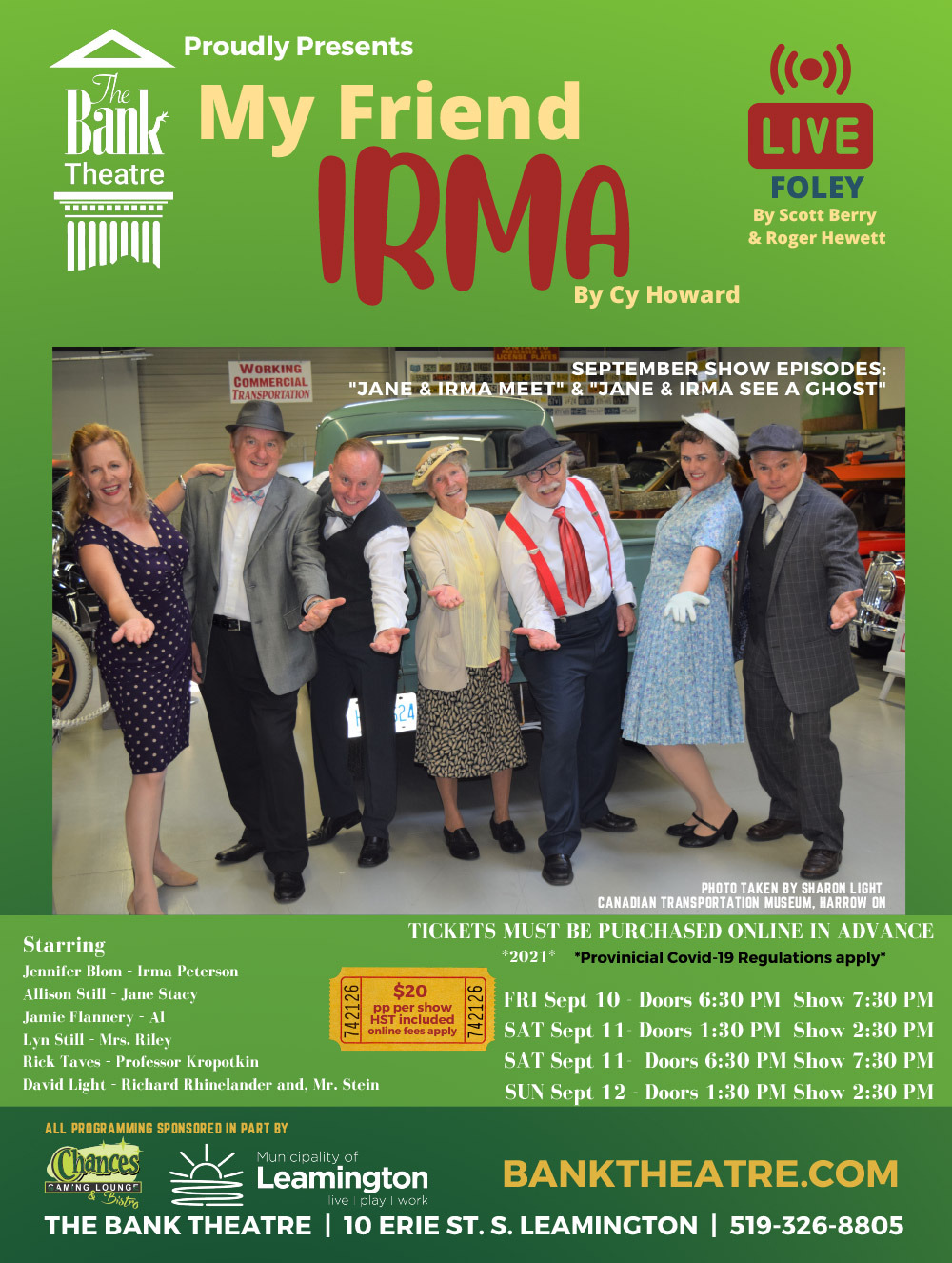 MY FRIEND IRMA
By Cy Howard

My Friend Irma was a long-running radio sitcom that premiered on CBS Radio on April 11, 1947 and ran until August 23, 1953. Created by writer-director-producer Cy Howard, the radio show was so popular in the late 1940s that its success escalated the films, television, a comic strip and a comic book that comprise the franchise. September show Episodes: “Jane & Irma Meet” and, “Jane & Irma See a Ghost”