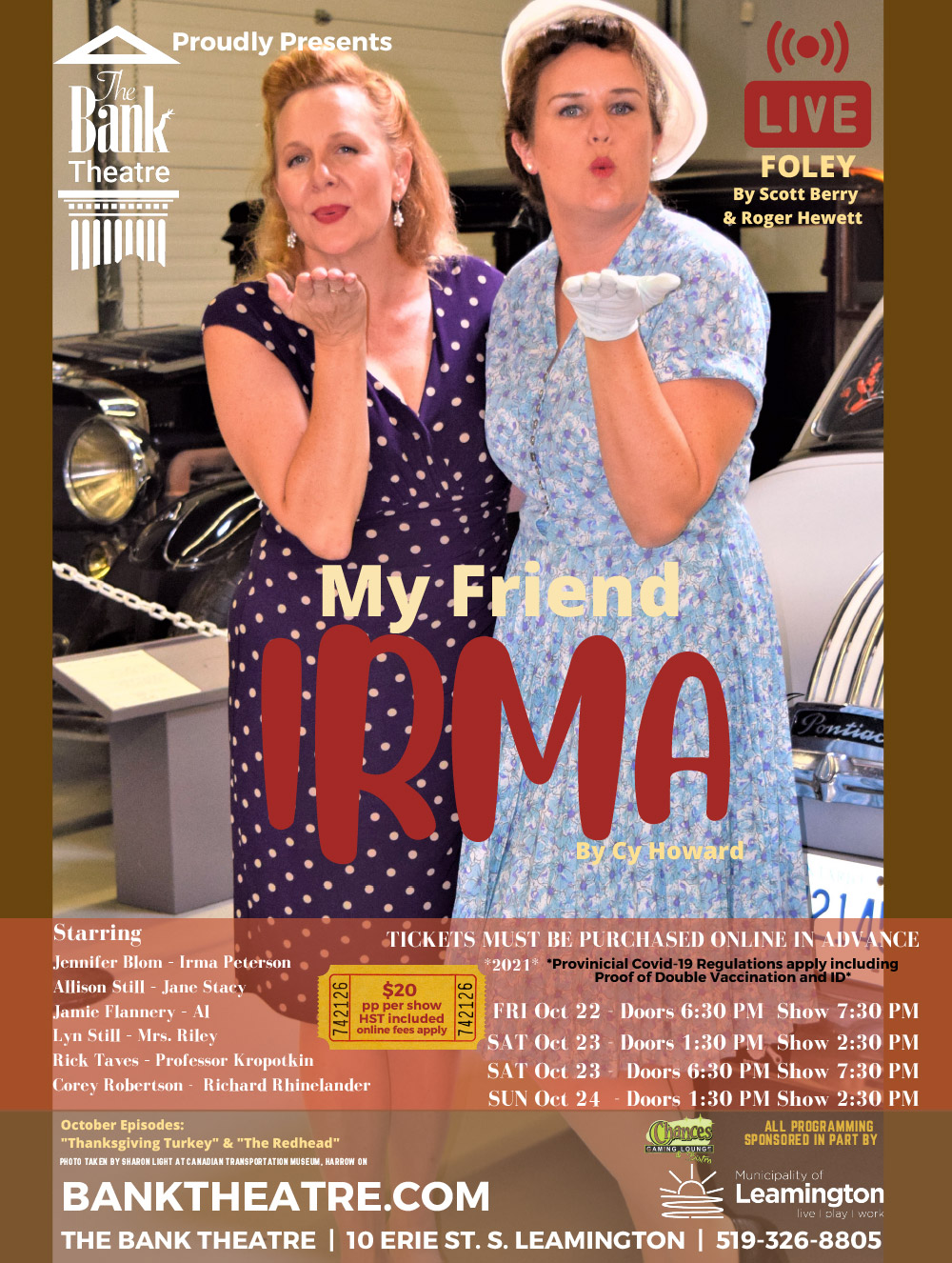 MY FRIEND IRMA
By Cy Howard

My Friend Irma was a long-running radio sitcom that premiered on CBS Radio on April 11, 1947 and ran until August 23, 1953. Created by writer-director-producer Cy Howard, the radio show was so popular in the late 1940s that its success escalated the films, television, a comic strip and a comic book that comprise the franchise. October show Episodes: “Thanksgiving Turkey” and “The Redhead”

The Bank Theatre will offer ticket exchanges for future performances for the same price show for COVID-19 related illness reasons. The purchaser must contact banktheatre@gmail.com 24 hours prior to the performance to make arrangements. Refunds will be considered at the discretion of management.
*Covid-19 Policy*
The Bank Theatre has developed a comprehensive COVID-19 Safety Plan and Reopening Manual for rehearsals and presentations of our events to ensure the safety and comfort of our staff, performers, and patrons when visiting the theatre. Please refer to our full policy on our website banktheatre.com for further details.
We use cookies to ensure that you have the best experience. You can opt-out if you wish. ACCEPTREJECT Read More
Privacy & Cookies Policy