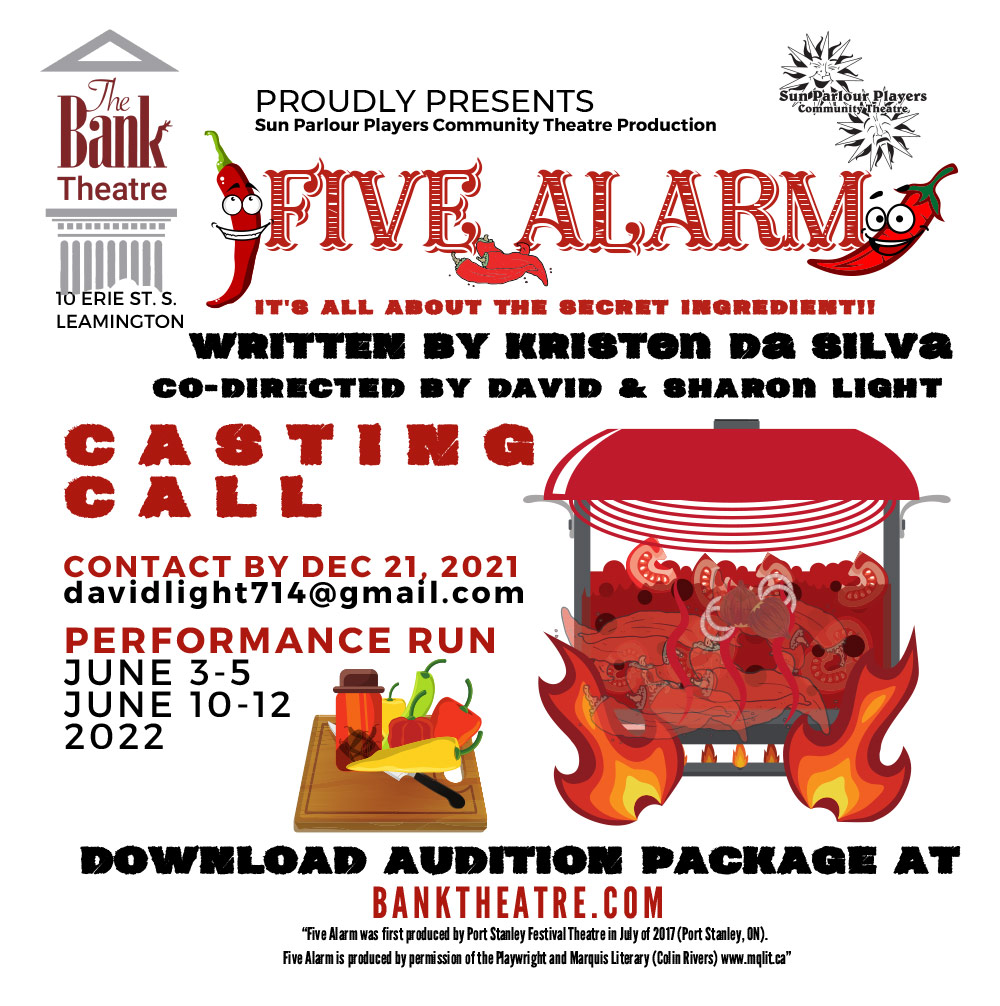 Co-Directed for the Bank Theatre by Sharon and David Light

A fairground in Killaloe, Ontario is home to the annual Wayne Rose Memorial Chili Cook Off, where Killaloe residents come each year to compete both for the honour of winning and the cash prize. The most determined of these is Ava Rose (Wayne’s daughter), who has tried (and failed) to win for sixteen years. This year, with the ” help” of a new assistant (Ellen), Ava returns to battle her former childhood friend and now-rival (Connie). Unfortunately, her father’s famed chili recipe exists in only incomplete form, part of it (containing the elusive secret ingredient) having disappeared long ago under mysterious circumstances. If she can piece together her late father’s Five Alarm Chili recipe, she might also begin to piece together the mysteries of her past, including the fate of a long-lost high school love and the secret of Connie’s resentment.