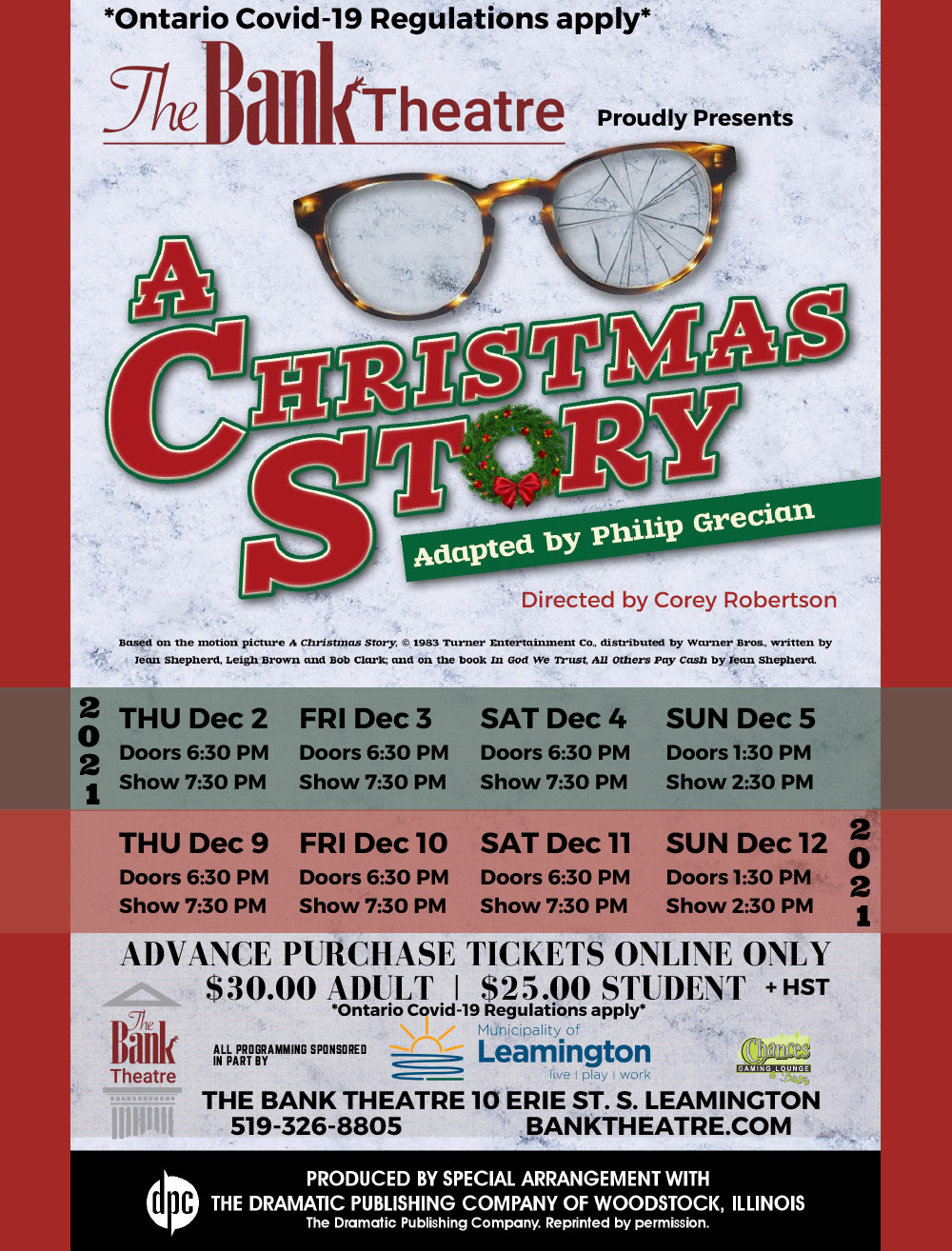 *Based on the motion picture A Christmas Story (c) 1983 Turner Entertainment Co. distributed by Warner Bros. written by Jean Shepherd, Leigh Brown and Bob Clark; and on the book In God We Trust All Others Pay Cash by Jean Shepherd.
Based on the humorous writings of Jean Sheppard, and told through the narration of his older self (Clinton Anderson), this beloved holiday classic follows the wintery exploits of youngster Ralphie Parker (Max Wilkinson), who spends most of his time dodging a bully (Brooklyn Ciliska), and dreaming of his perfect Christmas gift, a Red Ryder air rifle. Frequently at odds with his cranky dad (Les McDonald) but comforted by his doting mother (Linda Collard), Ralphie struggles to make it to Christmas day with his glasses and his hopes intact.

All programming is sponsored in part by the Municipality of Leamington and Chances Gaming Lounge.